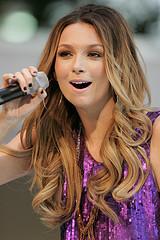 On 14 March, Fernando Alonso won the first race of the Formula one world in Bahrain. It came in a circuit built in the desert thanks to the enormous revenues generated by oil. In the nose of his Ferrari you could read Mudabala, company of Abu Dhabi sponsor of the racing team and owner of 5% of the Italian company. The Arab presence in the so-called great circus is not reduced to the House of the cavallino, as they have an outstanding participation in other two great teams who choose to title: Mercedes GP and McLaren. When the legendary Lee Iaccoca led Chrysler and decided to acquire Automobili Lamborghini in 1987, declared: I like both their cars I bought the whole brand as wedding gift for my wife. You can to same has happened to the leaders of the Persian Gulf, but its growing penetration in the automotive world seems to respond to more pragmatic reasons. They are diversifying their investments in the long term, since in the future it is expected that falling demand for oil. Are many who behind the current green revolution against fossil fuels see a global maneuver to release to the West’s dependence on oil and the influence the countries that produce it. Whether real or not this strategy, the Arabs are already on the boards of Directors of the most prestigious manufacturers.